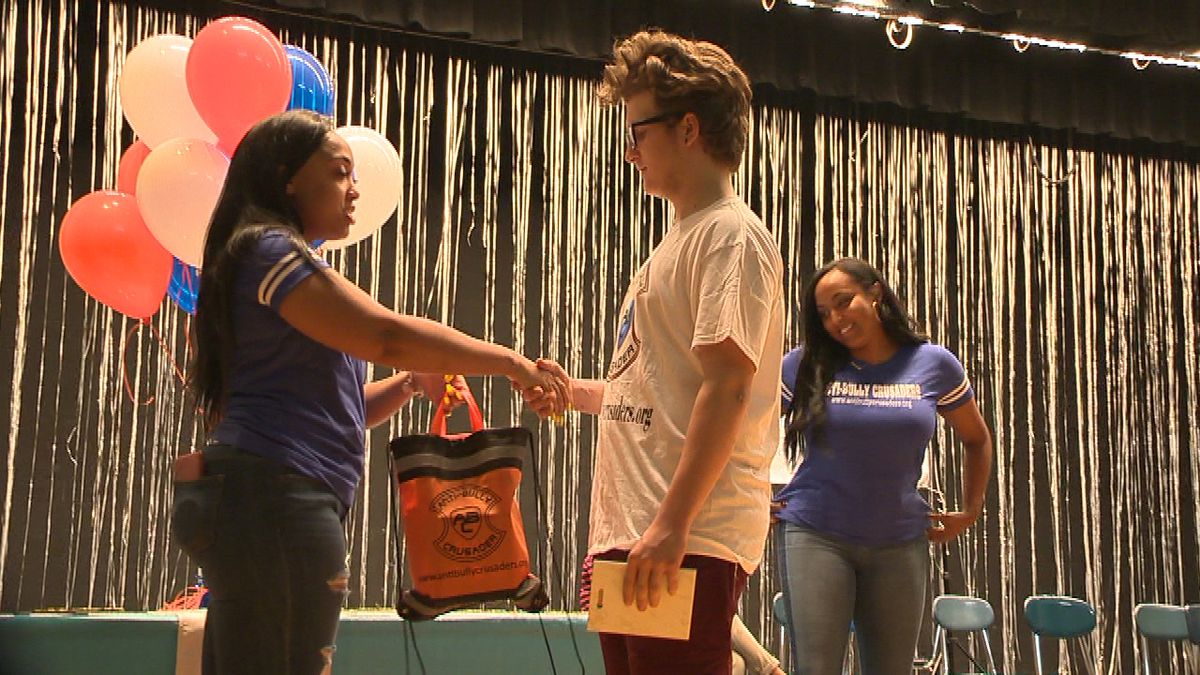 Organizers say the ‘Anti-Bully Crusaders’ workship is the first line of defense to prevent school violence.

Facilitator Tracy Palmer explained bullying can lead to criminal acts, whether that’s the perpetrator ultimately taking their own life or someone else’s.

She sees the workshop as a proactive approach to help change students lives.

“It’s writing, so that means that they’re actually visually seeing the change in themselves, not just someone telling them they can change,” she said. “They’re seeing different scenarios of bullying acts that they didn’t even know were bullying acts. They’re seeing a bully, a victim and a witness and they’re able to identify with each one. So now, when they go to high school, they understand which is who and who they are in the 3 and then they can actually change.”

Student Jason Keene said the program has turned his life around.

“I was like starting to give up on everything; and, I didn’t want to deal with anything because I was getting bullied a lot,” he explained.

The 8th grader said he was dealing with verbal and physical abuse from peers.

Palmer said she has seen a change in each of the 14 students who completed the ‘Anti-Bully Crusaders’ program this semester.

At their graduation Friday, the students received a plaque and a bag of goodies as they walked across the stage.

For the past 13 weeks, the 8th graders spent their last hour of the day, two days a week, participating in this program.

Palmer said one of the biggest struggles facing students today is a lack of self confidence, which she explains leads to bullying.

So, one of the main focuses is turning every negative into a positive.

Palmer and the organizers are hopeful the 8th graders will take what they learned to high school in the fall.

“If we can impact one, then hopefully that one will not take a gun into the school systems and save lives,” Financial Director, Alexis Ramirez said. “Maybe that one can stop somebody that they see that’s going to plan something in the future that’s negative. If we can stop just one because ultimately it’s one second of a bad decision is a lifetime to fix it that’s what we live by.”